There are many different fat reducing procedures available now in recent times. And the cosmetic surgery industry is continuing to grow by the minute.

The first ever fat reducing surgery, using relatively modern day techniques, took place in France in 1926! It was performed by surgeon Charles Dujarier. Unfortunately, the procedure did not go too well. Dr. Dujarier was performing a fat reduction surgery on a young model’s leg. Dujarier ended up removing too much tissue and stitched the patient up too tight. The patient ended up losing her leg! The young model then filed a lawsuit against the surgeon who then had to pay 200,000 francs! As you can imagine, this was a bit of a bumpy start. Because of this incident, fat reducing surgery was banned and marked as illegal.

A couple of decades later, fat reducing surgeries and procedures were back. The surgeons began a new technique of sucking the fat out of the patients. This is something that is still very popular today; liposuction. Fat reducing procedures became very popular all across Europe and quickly made their way across the pond to America. 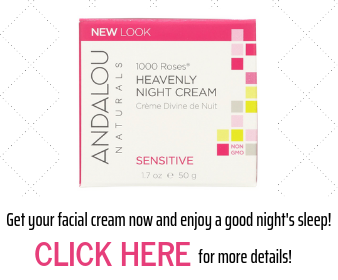 Today there are many options available for anyone seeking help in losing that muffin-top. Plastic surgeons are always trying to come up with new techniques to maximize the options available. There are procedures that require full on anesthesia, and others that you can get done during your lunch break.

If you are not too keen on needles and going under the knife, there is a new, very cool way of getting that fat removed from the trouble areas.

Coolsculpting is a relatively new technique in the cosmetic surgery industry. It is a non-invasive procedure that uses very cold temperatures to freeze the fat away and sculpt the body.

It is medically known as cryolipolysis, which is latin for "freezing fat". Coolsculpting is a very good option for anyone who has trouble getting rid of the last little stubborn fat that just won't go away through diet and exercise. It's used to target all the "trouble" areas on the body. The doctor will use a handheld device to easily access small areas like the arm or inner thigh.

A form of cryolipolysis was first noticed by scientists Epstein and Oren in 1970. After observing a child sucking on a popsicle, they noticed how the child developed dimples in their cheeks. The sucking movement with the cold temperature killed some of the fat cells in the cheeks. This term was called popsicle panniculitis. It was later tested in adults who showed the same effects.

How Does it Work?

The coolsculpting machine is like a little vacuum. It sucks up the area being treated and then cools it down. Doing this kills the fat cells right underneath the skin. When those cells die the body naturally removes them and they get flushed out of our system. Once the cells are removed, they won’t come back. So even if you gain a little weight afterwards, those cells are long gone. This doesn’t mean the body can’t develop new fat cells, if weight gain were to happen. But it would take some time before it became noticeable.

Coolsculpting is a non-invasive procedure. This means there is no cutting, needles or anesthesia involved. There is also no recovery time, which makes coolsculpting very quick and easy for anyone looking to lose a little bit of fat. 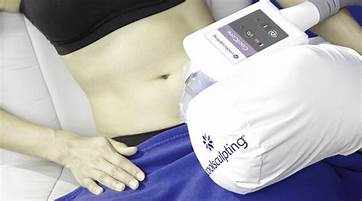 There can be a few side effects to coolsculpting. Some people may experience more severe effects, whereas others may not even notice any. The biggest concern with coolsculpting is frostbite or hypothermia. This is a valid concern, since some of the side effects can resemble the symptoms of frostbite, but as coolsculpting only targets the fat cells underneath the skin, it won’t actually do any harm. 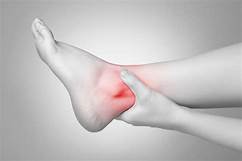 The area treated can become red and swollen after the treatment. This is normal due to the effects of the machine and the cold temperatures. It can also result in slight bruising after the redness subsides. This should go away on its own after a few days, depending on the area and how sensitive the skin is. 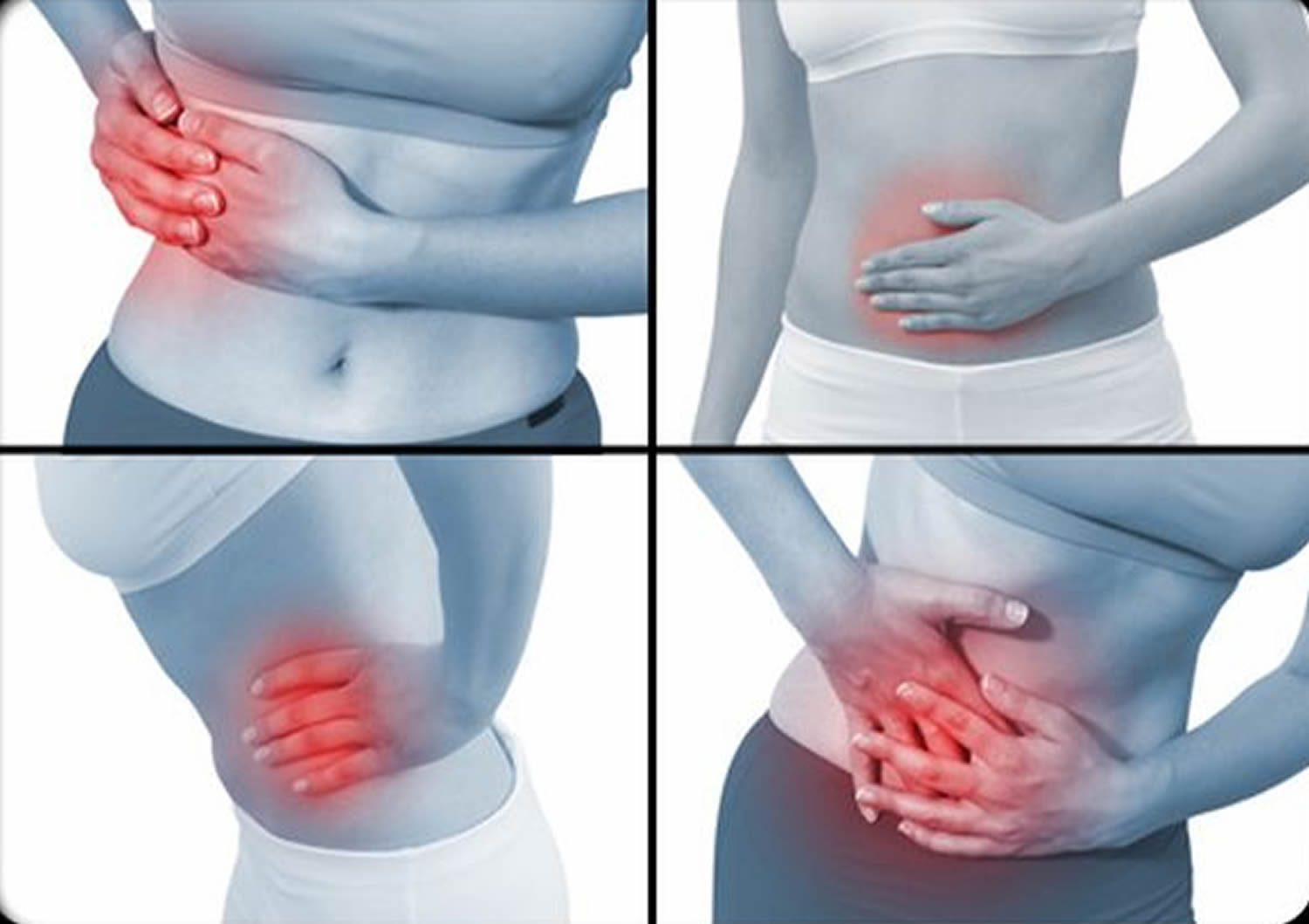 Some people might experience some pain or aching in the treated area. This side effect usually occurs right after the treatment. This is due to the cold temperatures. The pain should go away on its own within two weeks.​​​​ The skin can also become slightly sensitive in and around the treated area after the pain goes away. But this should also ease itself out within a week or so. 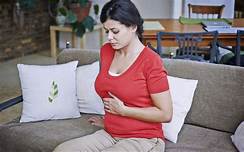 Another side effect can also be a pulling or tugging feeling at the area. This is due to the way the machine works by sucking up the fatty area and cooling it down. A treatment can last up to two hours, so you can expect that sensation to last a bit longer. 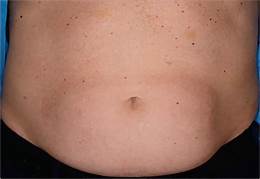 Hearing the word hyper might give a clue as to what this does. Paradoxical adipose hyperplasia is when the fat cells becomes larger instead of reducing in size. This will give an opposite effect of what the patient actually paid for. This is a more rare and severe side effect of coolsculpting. It is mostly seen in men.

The most common side effects to coolsculpting are a very normal reaction to the treatment and should disappear on their own.

If you do experience any severe side effects, it is important to contact your doctor and get it checked out.

Is Coolsculpting For Everyone?

As simple as the procedure is, there are a few things that could keep you from getting it done. Some disorders make the body very fragile and vulnerable to cold temperatures, this is something to think about before getting a treatment. 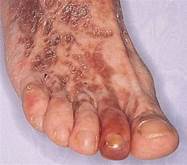 Cryoglobulinemia is a very serious condition. It is most often related to cancers in the blood and immune system, such as leukemia. The condition makes the blood thicken and become gel-like when exposed to cold temperatures. This can lead to blood vessel blockage and inflammation, which can cause severe skin rashes or even kidney failure. 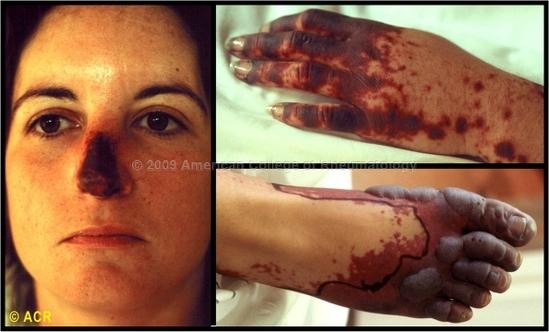 Agglutinins disease is when the red blood cells clump together. This condition is often seen and related to lupus and lymphoma. When exposed to cold temperatures, the immune system will begin to attack and eliminate the red blood cells by mistake. This can lead to many different complications.

PCH is a rare but very serious disease. It occurs when there suddenly is an increase of hemoglobin in the urine. This is caused by exposure to cold temperatures. This disease can lead to other serious conditions. Some of the first symptoms are fever and red-brown colored urine.

If you have had problems with any of these conditions previously or is suffering from anything that will make your body vulnerable to the cold temperatures, it is important to get checked by a doctor and run some tests before going in for a coolsculpting treatment.

Coolsculpting is made to target all the difficult areas of the body. Many patients have complained about the little belly pouch, especially women who have had children. This area can be very difficult after pregnancy. For some, the weight just flies off while others struggle for a long time. 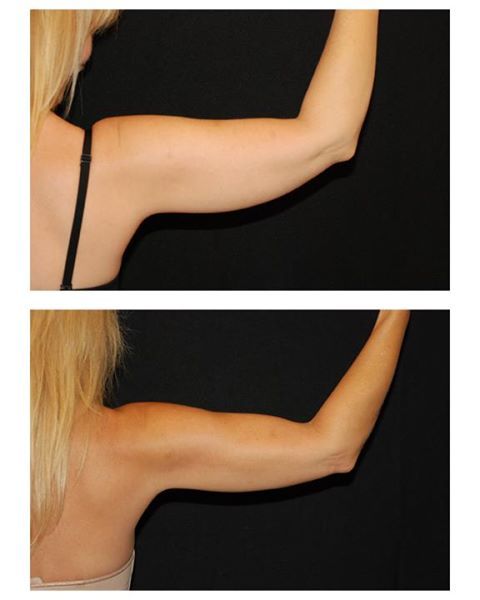 The underarm is another area that can be very difficult to manage. The so called “batwings” is something that haunts a lot of people. The tricep muscle can be difficult to shape. There are a lot of different exercises specifically for this area, but it takes time. Coolsculpting here can help to give that first little push in the right direction.

The goal with coolsculpting is getting rid of the outer layer of fat, that lies right underneath the skin. Getting rid of that layer will shape or “contour” the body. This will help give the patient a more refined shape.

The fat cells die when frozen. When the fat cells die the body will naturally dispose of them, and when this happens they don’t come back. So coolsculpting is not only a quick fix to that annoying extra giggle, it is also a long term solution.

Of course as with any weight loss or fat reduction surgery, it is important to do some work yourself to keep the weight off. Taking on a new healthy diet and lifestyle is key to maintain a healthy weight, and keep those fat cells far away! While coolsculpting is a rather quick fix to get rid of the last bit of fat, it is not something that will cure obesity. If you have an underlying weight problem it would be best to lose some weight through diet and exercise before seeking out a coolsculpting clinic.

We never share your email address with anyone else and hate SPAM as much as you do.
Close this popup
This website uses cookies to ensure you get the best experience on our website. Learn more.